So I’ve decided to knuckle down and build AND actually release a game. I read somewhere (probably Reddit) that publishing a development diary really helps on the motivation front. It sounds like a good idea so here we are :-)

First off to narrow my focus I have decided that:

Nothing kills a side project like the distractions of everyday life. Luckily Mrs Gremlin suggested a few weeks ago that I earmark Monday nights for doing some game development. I’m taking her up on her offer. My wife is the best!

No it isn’t but it handles lots of polygons which when textured and put on a plane equals lots of GPU accelerated sprites.

After digging around I found Futile. It’s new, has zero documentation but the intro videos and sample code looked good. 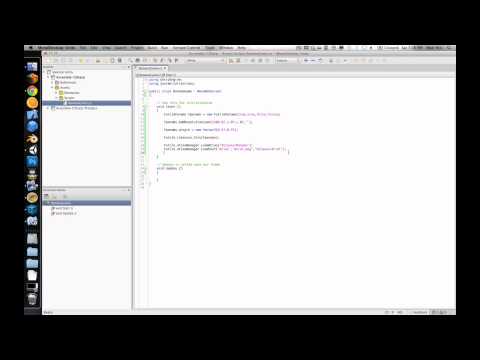 The developer also set up a Futile sub-reddit and he is very active on it. So I decided to give it a go.

I knocked together a shell of a space invader game using these neat graphics. Futile appears to do exactly what it says on the tin and it seems intuitive to use. Here is a short clip of my test project: 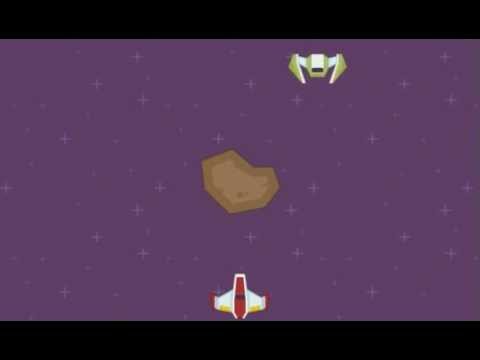 Ok now for the elevator pitch:

The game is hangman with a time limit rather then guess limit. When a player guesses a word they are presented with a new one. The words the player gets to guess get progressively harder as the game goes one. The game has a time limit of 120 seconds with a progress bar incrementing towards game over every second. Each correct letter guess reduces the bar by 2 seconds. Each failed guess adds 1 second. Completing a word knocks off 10 seconds.

The game has a nuclear armageddon theme. The progress bar is broken up into DEFCON levels 5 to 1. The game is named “Word War III”.

First up I sketched out some screen flows and layout ideas. Things like high score tables etc can come later: 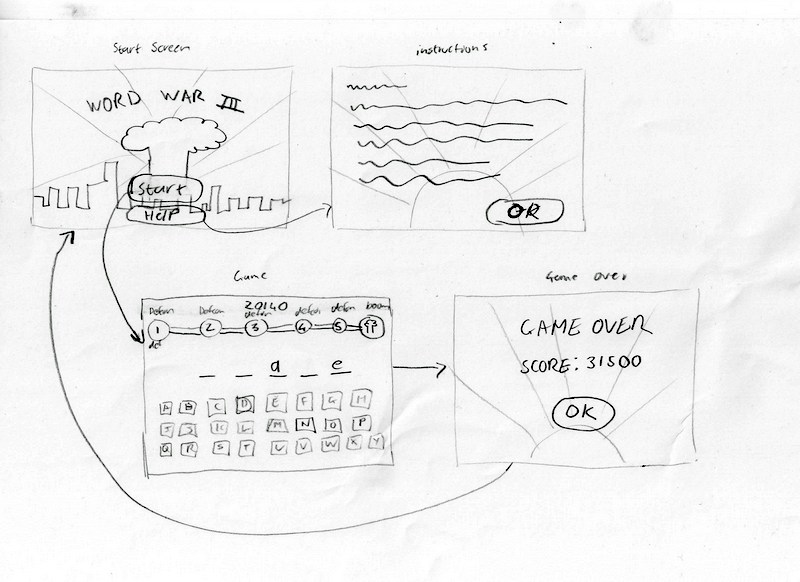 Mrs Gremlin offered to build a title page for me (using Illustrator) and I knocked up the game page to test out the layout of the letter keys. I’m normally create game graphics using Inkscape which is vector based, this allows graphics to be easily scaled and resized as things develop. Here is the title page and the game page layout test: 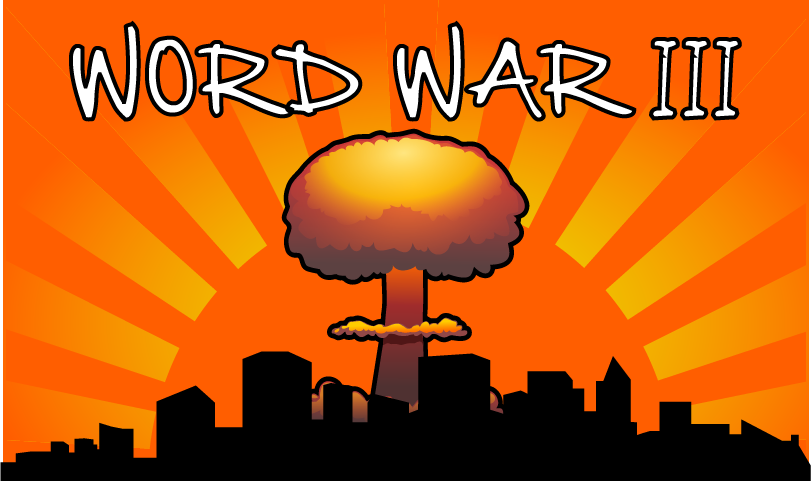 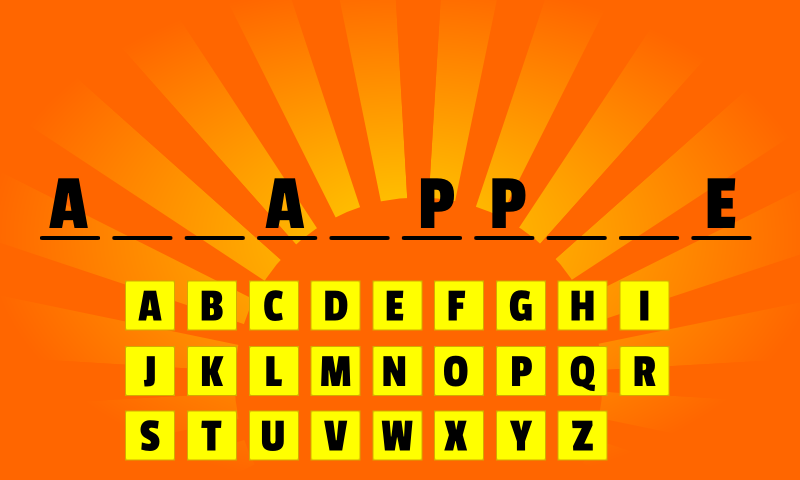 The fonts are Passion One and Hand of Sean. Unfortunately it looks like the license for Hand of Sean has recently changed and it is no longer free so I’ll need to find a replacement for it.

Using BMFont I created some font atlases and then used TexturePacker (I bought the Pro version) to pack all the assets into the following atlas: 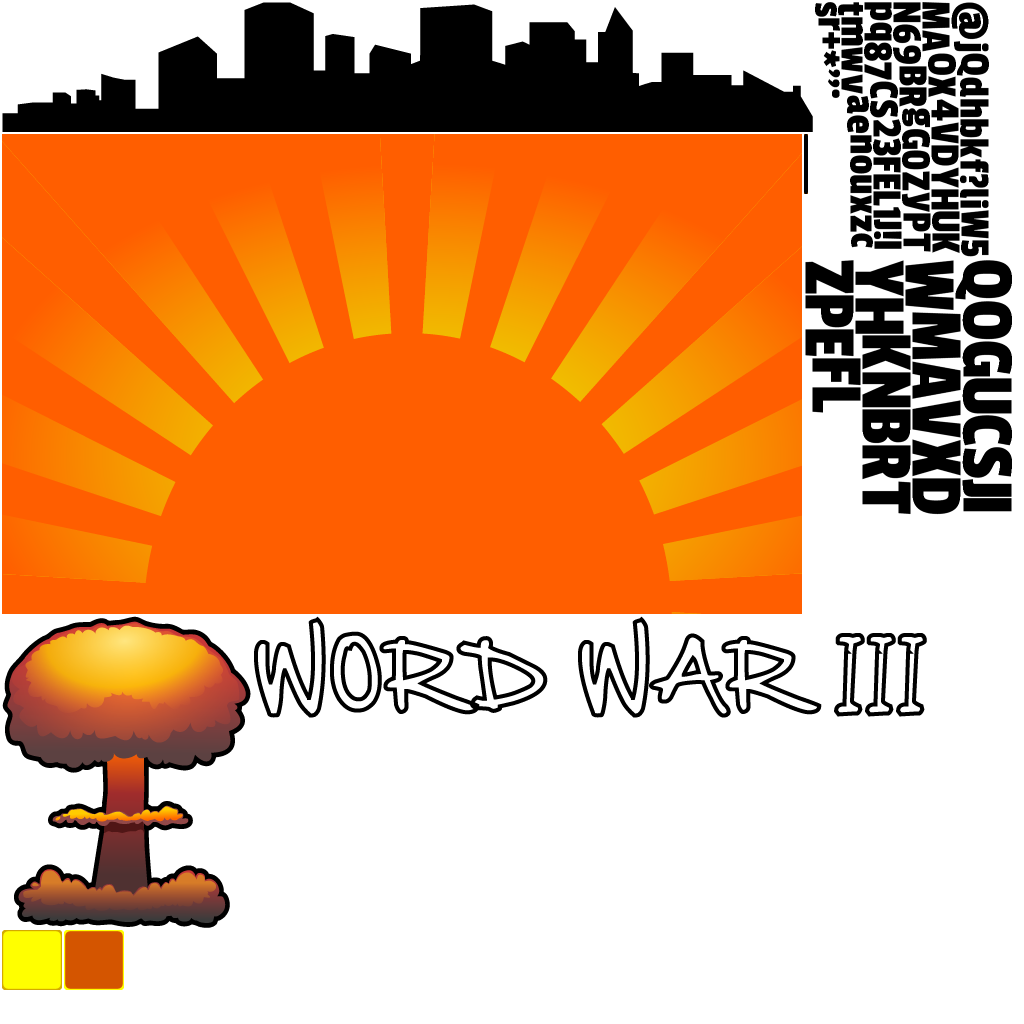 One issue I had is that I failed to export the font images as 32bit images. This caused all sorts of weirdness when TexturePacker created the atlas.

Also Futile spat the dummy when tring to load the smaller of the font sets. Some array index out of bounds error that I haven’t had time to track down.

Next I got down to some actual coding using the FSprite, FLabel and FButton classes I created the game screen. Testing on a actually device showed that my buttons were too small. Mrs Gremlin also pointed out that the keys should laid out in a QWERTY fashion. Some more tweaking and I ended up with this: 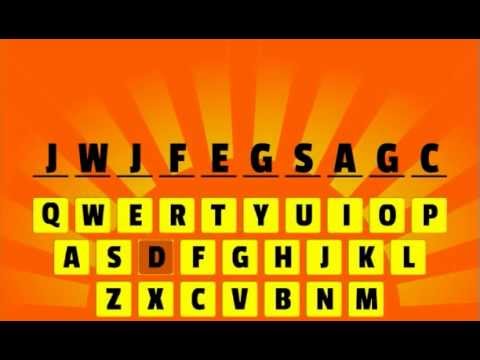 Not a bad start for a few hours of work.