Turns out it works pretty well. The resolution is pretty low but if you were using one of the new Kinect v2s things would be a lot cripser.

Here is a selfie (holding the Kinect at arms length): 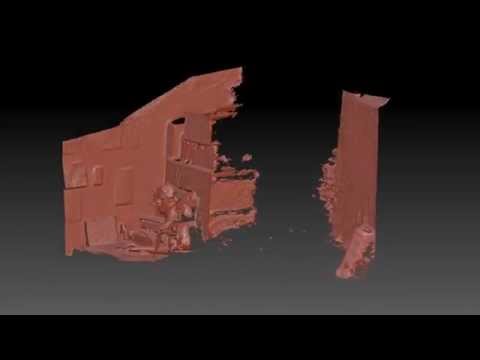 And here is one of son number 1 (who did a fantastic job of sitting very very still): 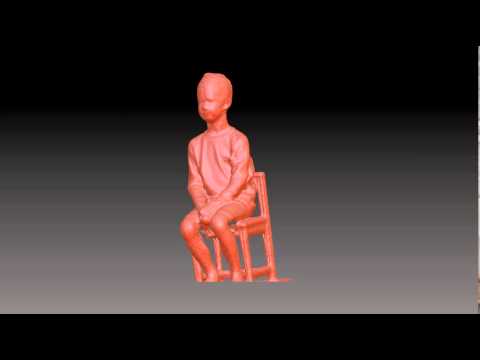 You if you want to give it a try yourself you can download the Kinect SDK from here.

Actually it’s more what I did last month.

A mate of mine bought himself a swish RC quad-copter. As part of the package he bought Phoenix RC. It is a simulator that allows you to plug your RC controller into a PC and you can then practice flying (and crashing) virtual RC models before tackling the real ones. Very useful and it clearly proved that I should never attempt to fly a real RC helicopter.

Believe it or not, I’m actually getting paid to hack a Kinect. Im using the OpenNI framework so hacking really consists of installing the software and then using a nice high-level framework that does all the hard work for you. I’ve been very impressed with the skeleton tracking.  I’ve been able to simultaneously track 3 people with full skeletons without any issues.  This is the guide I used to install the base software. You should also check out the Ogre and Unity demos.

Whilst tinkering with the Kinect I ran through the Unity 3D platformer tutorial. Unity is very impressive. If you want to create a 3d game I’d start here.  The basic version is free. The cross platform nature of the engine is impressive to.

I finally got around to releasing my Auckland Buses app for Android. It only took a few hours to put together.  I’m experimenting with an ad supported model. The app has about 225 users, averages around 25 impressions a day. So far I’ve made 49c so not really a money maker :) What is interesting is the fairly poor fill rates I get some days.  If you had marketing dollars to spend,  mobile ads might be the way to go as not many people seem to be tapping them.