In the mid 80’s my tweenish self was introduced to something that blew my mind and that was Robotech. I (and most of the western world) had not encountered Japanese animation or Anime before. With it’s complex story arc, the alien Zentraedi intent on wiping out humanity, cool transforming robots and awesome mass battles, I was hooked.

When the story started to span generations of characters and the even bigger threat of the Invid was revealed, young me was stunned. This was perhaps the first time I had encountered space opera and never ever had I seen a “cartoon” which such a vast scope.

Here is the first episode of the 85 that made up the series: http://www.dailymotion.com/video/x149lw9

Of course in later life I discovered that Robotech was actually a mashup of 3 different Japanese TV shows, artfully edited together and dubbed to make a cohesive story. Anime purists view Robotech as an abomination but personally I think it is one of my favorite Anime series.

One word of warning… it has singing, yep singing. For some strange reason the series always seemed to have a singer as one of the characters and in true 80’s Anime style the songs and accompanying animation  are endlessly recycled. Luckily older me has access to digital versions of the shows so I can just fast forward through these bits, a luxury that tween me did not :)

If you want to make games, Unity is a tool you should look at. It allows you to easily create games (both 3D and 2D) for a variety of platforms including Windows, Linux, Mac , Web , iOS, Android and Windows Phone. It also has a free version and if you ever need the pro version it is reasonable cheap to buy or subscribe to.

Check out some of the features in the upcoming version: 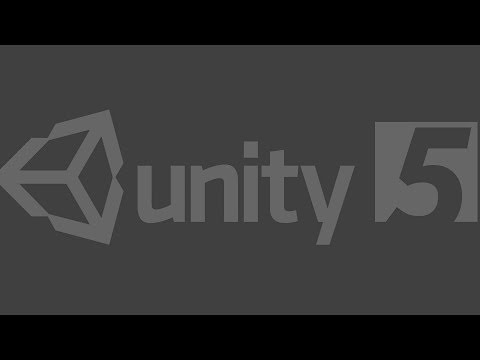 Here are some links to get you going:

Go Nuts and build the next Flappy bird!

Physics based games, especially on mobile devices have become de rigueur. It’s pretty amazing what can be done with some simply math.

I recently came across this game mechanics site which provides short examples of different game mechanics, algorithms and effects. Many of these are of course physics based and involve velocity.

Some of my favorites:

Yay for maths and physics!

It turns out X is for quite a lot of things:

That’s quite a lot of meanings attached to two little crossed lines! And thanks Wikipedia editors for your X article :)

However I thought that I would share this graph which shows where all your tax money was planned to go for 2013⁄2014 (if you are New Zealander that is):

I use public transport religiously. It means we are a one car family which saves a bucket of money and helps out the environment to boot. Even better I get to walk about 40 minutes a day which helps with the waistline!

But there is an added “bonus” and that is: strange conversations with strangers.

Over the years I have had some seriously good ones, point in case, two days ago I was walking alongside an elderly polynesian man…

“Yep”, I said fumbling with my earbuds so I could hear what he had to say.

“You going home? Had a long day?” he asked

“Good, good” he mused. “Maybe have a whisky to relax?” he puzzled.

“Maybe a bourbon” I volunteered…

“Get a massage?” he said with a grin.

What? I thought to myself…

“You should get yourself a Chinese Lady” he announced.  ”Not a fat one; a nice skinny one”  he continued.

“Ahhhhh????” I muttered trying to wrap my head around where this conversation was going.

We walked on for a few moments and then he asked “You married?”

“Yes” I said non-committedly, my brain still wrestling with his comment about Chinese Ladies.

“Mmmm….” he mused, “Sorry”.  Then our paths diverged him going left and me going right.

Perhaps my favourite stranger conversion was with an elderly lady on a bus a few years ago. As I sat down across from her, she leaned forward and said “You remind me of an Italian Duke I once knew”. Oh boy, I thought, here we go again.

It turns out that she was a bit wayward as a young girl and left the farm to see the world (much to her parents horror). Somehow she landed up as the Au Pair for a widowed Italian Duke and then worked her wiles to become his consort. Apparently their relationship caused much scandal and anguish amongst the local nobility, especially the Duchesses. She even pulled out a faded photo of herself when she was young, I must say she was quite the looker and I suspect with her looks and strong personality the poor Duke never stood a chance. Unfortunately the bus arrived at her stop before I could find out more.

So the next time you decide to drive somewhere, perhaps take the bus or train instead. You never know what interesting conversations you might have :)

Well, I was going to blog about Quaternions and how Unity really makes it easy to do 3D stuff without you having to have a deep understanding of math but I ran out of time!

Quassin is a white bitter, crystalline substance extracted from the quassia tree. It is one of the most bitter substances found in nature with a bitter threshold of 0.08 ppm and it is 50 times more bitter than quinine.

A monetary unit of Albania, equal to one hundredth of a lek.

Has several meanings including: a sequence of five cards of the same suit. A run of ace, king, queen, jack, and ten is a quint major and one of jack, ten, nine, eight, and seven a quint minor.

The 19th letter of the Hebrew alphabet.

The quokka, the only member of the genus Setonix, is a small macropod about the size of a domestic cat. Like other marsupials in the macropod family, the quokka is herbivorous and mainly nocturnal.

A person who meddles in the affairs of others.

Traylix waited, he wasn’t nervous but he was pretty sure that something was about to go wrong; it always did. He glanced over to the prince and the two marines standing further down the alley. They all wore long, shapeless cloaks with the hoods up, as did he. Hopefully this subterfuge would deprive any would-be assassins an obvious target.

From up the street Traylix heard the sound of a horse and cart and out of the darkness came  two more cloaked figures, Datura and Winnowen. Behind them was a third figure leading a horse which pulled a cart loaded with barrels.

As they drew level Traylix asked quietly “The gold?”. “In the barrels” answered Datura excitedly.

The figure by the cart reached back, put on the cart’s brake and the stepped forward in a pool of light.

He was a noble looking man and he dropped to one knee, bowing in front of the marines and the prince. “My liege, it is so humbling to finally meet you” he said. The prince stepped forward and put out his signetted hand to be kissed. The noble leaned forward to kiss the prince’s hand and then suddenly leapt up, driving a concealed dagger into the prince’s chest. “The Emperor sends his regards!” the assassin spat as he savagely twisted and pulled the blade out of the prince’s falling body.

Traylix frantically backpedaled to buy himself time as the assassin turned and launched a flurry of blows. In the background Winnowen dragged the prince’s lifeless body out of the way and began casting his powerful healing magic in an attempt to save the prince.

Deadly bolts of magic launched from Datura’s fingers but seemed to wash harmlessly over the assassin. Finally Traylix was able to draw his weapons and counter attack. Boxed in by Traylix and the marines, the assassin tried to put up a  fight but was quickly cut down.

Breathing heavily Traylix and the marines took up guard. He heard coughing and retching over his shoulder and turned to see Winnowen sitting the prince up. He looked awful but alive.

To his left Daturua cursed. Traylix looked over to see that she had been searching the body of the assassin and had uncovered a mark branded into his chest. The Mark of Torquemada… no wonder Datura’s magic was ineffective.

Traylix peered into the dark but there was no sign of any other attackers and the brief fight appeared not to have attracted anyone’s attention.

Well, thought Traylix, that didn’t go too badly… and that was when the gunpowder hidden in the barrels on the wagon exploded and all hell broke loose….

That was a scene from my role playing game last Thursday. Role playing games are kinda of difficult thing to explain to someone. Probably the best way to explain it is, that it is like improv theater but without the audience (other then the other players).

I have been playing pen and paper RPGs since I was a teenager but fell out of the hobby in my twenties. A few years ago I decided to try start gaming again and convinced some of my friends to give it a go. I was somewhat surprised how enthusiastically a bunch of mid-thirty year old professionals took  to RPGing especially the girls (including my wife)!

So how does this thing work?

Well most pen and paper RPGs work as follows:

As I said it’s pretty hard to explain and is really something you need to experience. But take my word for it, it is heaps of fun.

Here is a short clip of a RPG gaming session from the Tabletop gameshow, hopefully it will give you a better idea of what goes on. Although I must admit my gaming group is not nearly as focused but that is how we role… see what I did there :) 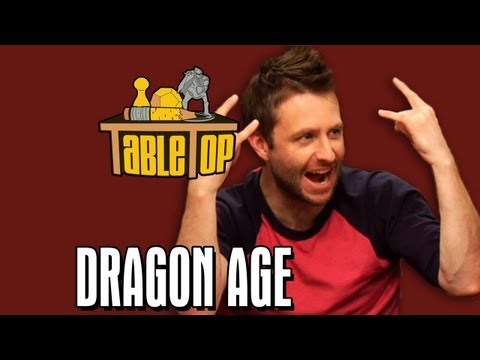