Day 3 of the conference was spent at Park Rd post productions for Weta’s digital day. This was awesome.

The first part of the day was largely focused on Rise of the Planet of the Apes and the latter half on the new Adventures of Tintin movie.

Chris White (VFX Supervisor) covered the huge amount of research and work that went into creating the digital apes for the movie.

Matt Muntean (Lead Creature TD) and Sonya Teich (Creature TD) discussed the technologies and techniques used to create the apes. I was fascinated to see how much was actually simulated rather then modelled. The apes had anatomically correct skeletons on top of which muscle and fat layers where simulated so that the skin could be correctly simulated. On top of that the skin itself was simulated in multiple layers with fat underneath to get skin wrinkles and movement on the face correct. The hair, cloth and water simulation was equally impressive.

Peter Hillman (Developer) discussed their deep compositing techniques using deep images (images that effectively contain Z data for each pixel) which allows various rendered layers to be easily composited ( and recomposited) together really quickly. The use of the properties of these deep images to easily composite life action plates with CG was simple but inspired.

Erik Winquist (VFX Supervisor) covered in depth the GoldenGate Bridge scene in the movie. This 11 minute scene had over 250 VFX shots and included outdoor motion capture covering a massive space. It was very interesting to see how all the parts and work fitted together to produce the final outcome.

Wayne Stables (VFX Supervisor) covered the building of the world of Tintin. The amount of research (down to how rusty hinges on doors look in the middle east) was staggering. The footage of the performance capture sets with the wire mesh props (to avoid occulding the motion tracking markers) and virtual cameras for the directors was very interesting.

Jamie Beard (Previs & Animation supervisor) discussed how previs was used to explore the look and feel of the film. It was really interesting to see how gags the previs team created, wound up in the final film. What was really interesting was the postvis work. Since the scenes were all performance captured, the team was able to go back and rework the virtual cameras to come up with interesting shots and cuts. In all Jamie said the project took 5 years! Performance capture was completed in 30 days.

After the talks a small group of us got taken on a short behind the scenes tour. We got to see the sound production and foly areas. The sound mixing area was particularly impressive. Imagine an entire theater filled up with a couple of plush seats and a giant 10m wide mixing desk (404 channels). The theater is actually a room within a room, floating on shock absorbing springs to keep the sound contained. The group was walked through the sound layers of a scene from District 9 and we then got to see the big action scene of the movie with the sound cranked up to 11. When the alien ship activated and blew its horn the entire room shook!

Next it was the foley room. It was filled with the most unbelievable junk, old bicycles, car doors, pots, gravel, straw, stone, bit of woods etc. I reckon my 3 year old would think he was in heaven if he got into there :)

As with the other days of the conference day 3 was very interesting and a lot of fun.

Just finished up Day 2 which was spent in the Games Master class. I took a ton of notes but I’ll just jot down some interesting points otherwise it will be a long long post :-)

Patrick Hudson – covered launching new IP by walking through the development of “Orcs must die”. Interesting to me was the fact that marketing was 10% – 20% of development budget, the issues with getting the game on XBL (needing a publisher and some middleware performance issues). Also the industry standard of the platform (Steam, XBL) taking a 30% cut with the developer getting 70%. If a publisher is involved they take 20% – 30% of the developers cut which seems pretty steep.

Eros Resmini – from OpenFeint talked about the Free to Play business model on mobile and the current state of play in this space. Currently iPhone top grossing apps are all F2P. He covered the F2P funnel which starts with distribution rather then ends with it. He made a very good point that if you have a F2P game then you are a services company, not a product company. I have my doubts on how easy it is for a small studio to pull off being a services company. 80% of revenue from 3% of users (the whales) was an interesting stat. He also made a good point that your game should be “pay for experience” rather then “pay to win”.

Lance Priebe – a slightly manic and rambling pressentation (including a magic trick) but he had some excellent sound bites:

In answer to my question re the size of the Club Penguin dev team he said they have 70 devs and 400+ support/service staff and more scattered around in offices world wide.

Tracey Sellar – covered DIY user testing. She focused on usability testing and how small studios can apply it. Wasn’t anything new here for me as it was pretty much standard software usability testing applied to games but the presentation had a lot of good practical tips. She recommended each test consist of 1 on 1 sessions, 1-2 hrs long, with 6 to 9 participants, with research showing this would typically uncover 80%-90% of usability issues. Also advocted early testing and even paper prototypes for things like game mechanics and UI.

Most important to the team:

They also use Keirsey Sorter profiling to figure out what management approach to take with each team member.

In terms of a management structure they use something they call C3:

And that was it. One again a very good day. There have been a bunch of themes that have come out in the last few days. I’ll let them perculate for a while and then I’ll write them up.

Just a quick post to cover my first day at Animfx. Apart from some AV glitches everything ran pretty smoothly and all the speakers were fantastic. The MC is hilarious but he didn’t really introduce himself so I have no idea who he is!

The speakers that I saw today were:

Lance Priebe – who gave a good account of Club Penguin and its history. Very interesting.

Patrick Hudson – ex Ensemble Studios who talked about their move from big budget to smaller scale games. Some interesting stuff here but it did sound a bit like “we have just discovered Agile dev” (there was more to it then that of course)

Tracey Sellar – from Microsoft’s usability/user research group discussing their work helping tune AAA titles. The video clip of the usability test session with a guy who obviously wasn’t much of gamer playing a GTA style game was hilarious.

Scott Foe – gave a very good presentation of the state of the game industry and what a studio needs to be doing to be successful.  Interesting push for getting a minimum viable product to market and the using Kanban to create content and updates in a sustainable way.

David Rosenbaum – covering the history of the game industry, the current platforms and the next cycle of platforms and delivery channels.

And lastly Enrico Casarosa from Pixar who premiered “La Luna” the new Pixar short film. Apparently this was the first time it had been shown in the Southern Hemisphere!  He then proceeded to give a detailed and fascinating account of the development of the short. I only wished that they would have played the short a second time so you could see it in light of all the great background detail that Enrico gave. Here is a YouTube clip from the short: 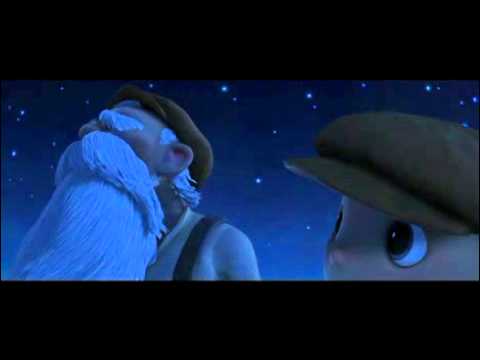