Earlier this week YouTube officially dropped support for older browsers such as Internet Explorer 6. If you try access YouTube with IE6 you get this nice warning message: 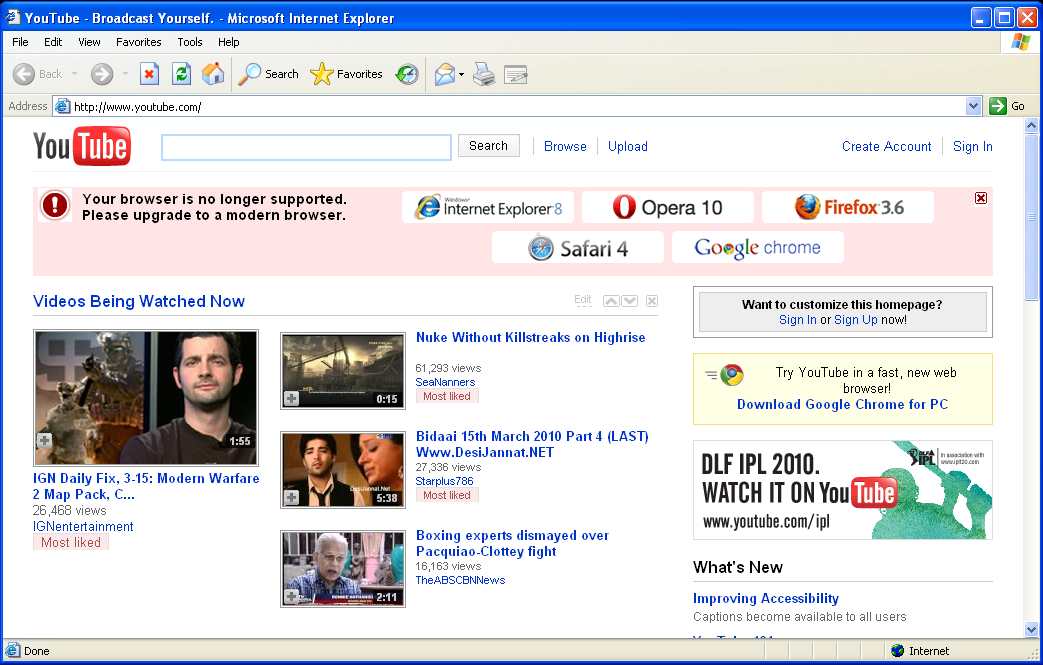 The order of the browsers appears to be random, refreshing on each load. Hopefully they used a better random algorithm then Microsoft recently used for their EU browser choice site.

I’m really hoping that this trend will be followed by more mainstream sites and we will finally, finally see the death of IE6 which still holds around about a 20% market share!

And if you are still running IE6 (I’m looking at you big New Zealand corporates),  a quick read of the “Operation Aurora” attacks on Google and other big US companies should be enough to scare you into upgrading ASAP.